Star Wars: Knights of the Old Republic II continues where the original left off. The game was released in 2004 for the Xbox platform with a Windows release a year later. The game is a solid RPG experience but not at the same level of the original. 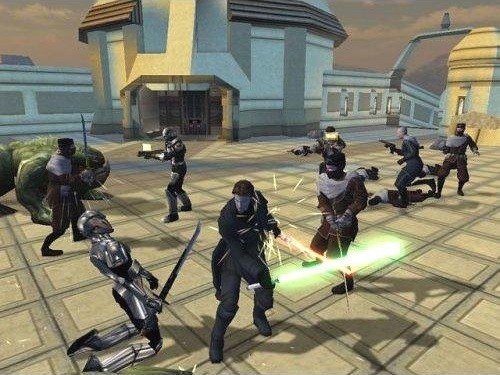 Unlike the first game development was fronted by Obsidian Entertainment and not BioWare but the game still plays in a very similar manner with gameplay only receiving a few tweaks and changes.

The game setting puts you into the thick of things and is set 5 years after the original in a time where the Sith are nearly eliminated. The player takes on the role of an exiled Jedi Knight as they attempt to reconnect with the powers of the Force.

Locations, gear and alien races available in the game are all very new and will be recognised by most Star Wars fans. This doesn’t close out the game to non-Star Wars fans though, they just won’t get the same experience from the game setting.

Just like in the original players can either lean towards the dark or light side of the force which comes with their own powers. Your choices are reflected by your decisions as you explore the available planets to either help or hold back the Republic’s effort to bring peace to the galaxy. 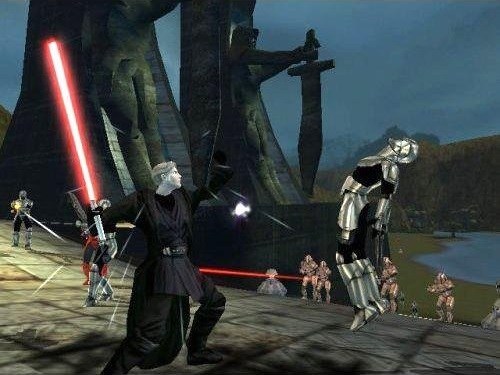 The choices you make are one of the greatest attractions to the game and really gets you immersed in the Star Wars universe as you talk to NPCs and align yourself with companions of your choosing.

Star Wars: Knights of the Old Republic II Sith Lords is a worthy successor to one of the highest rated role playing games around. The core elements from the original are all there with the odd tweak to enhance the gameplay. The game isn’t perfect though and has a few rough edges but games this size rarely tick all the boxes so it is hard to fault it.